NORWALK, CONN. – The Lockwood-Mathews Mansion Museum (LMMM) donated three pieces of Herter Brothers furniture from R. Joseph Wiessinger, a collector, resident of Belleair, Florida, and frequent visitor to the museum. The new acquisitions will be exhibited in the museum’s period rooms.

Wiessinger has been an avid collector of Herter Brothers furniture for 40 years, a passion that sparked him when he received an 1870s walnut cabinet from his parents, which they sent to him to help him furnish his first apartment. He quickly became fascinated with the color and texture of the beautiful wood finish.

Wiessinger’s gift to the museum included a bergere chair with a portrait medallion in the crest, gold incisions throughout, and covered in a bold patterned floral covering in cream, green and yellow with burgundy accents. The portrait medallion aligns the chair with other pieces in the LMMM collection, some of which were purchased by Charles Matthews after the home was acquired.

A square-backed shepherdess with bay leaf encrusted crest and seat rail, incised gold accents, and red / orange silk upholstery with gold braid trims were also part of Wiessinger’s gift to the museum. Its laurel inlay relates to that of a circular tripod music stool that complements Wiessinger’s gift.

Wiessinger once acquired a Herter chair from an antique dealer and, digging through data and documents to verify its history and provenance, he realized “This was from the 1879-1881 order of WH Vanderbilt for his new mansion at 640 Fifth Avenue in New York City. The Herter brothers had designed and built all the furnishings for this residence. Wiessinger then donated the chair to the Metropolitan Museum, where it is housed in the Decorative Arts Wing American furniture alongside other Herter Brothers furniture.

Wiessinger said: â€œIt was a pleasure to research and find wonderful historical pieces from high quality furniture makers and then after enjoying them in my house donating to museums for the general public to see. and also appreciate them and learn more about 19th century furniture.

LeGrand Lockwood was the original owner of the house, which was called “Elm Park” and spanned 30 park-like acres. He hired architect Detlef Lienau to design the mansion and construction began in 1864; the construction cost nearly $ 2 million. Although the grounds were not completed until 1871, the Lockwood family moved into the mansion in 1868. The furnishings for the house were commissioned from Herter Brothers, Leon Marcotte and George Platt and artwork from Albert Bierstadt, Jasper Cropsey, William Bradford, Joseph Mozier, Randolph Rogers and Lucien Goldsmith Meade, to name a few.

Lockwood lost his fortune on Black Friday, September 24, 1869. Charles Drelincourt Mathews purchased the mansion in 1876 for $ 100,000 as a summer home for his family. Mathews’ daughter Florence, who lived at the mansion until her death in 1938, wrote about the Herter furniture in her diary.

â€œThe second summer,â€ writes Florence Mathews, â€œmy father found the furniture for the large living room. It was a curious fact that when the original furniture was designed, two sets had to be made. One sold to Mr. Lockwood to match in great detail the room it was intended for. It was made in rosewood like the doors and with a woman’s head in each room on a dark blue background to coincide with the heads on the canvas.

The museum’s extensive collection of furniture made by Herter Brothers includes pieces that were part of Lockwood’s original order that was not delivered or sold outside of the house that the museum has gradually bought back.

Wiessinger’s gift isn’t the only piece of furniture the Lockwood-Mathews Mansion Museum has received in recent years. An incised and gilded rosewood living room suite circa 1869 – a sofa and a pair of occasional chairs – which is now housed in the museum’s Oratory was auctioned on September 26, 2020, for sale at the New Orleans Auction Gallery. It was acquired for the museum with the support of several LMMM trustees and a donor from Louisiana who is a friend of LMMM. The suite corresponded to a living room suite already in the LMMM collection, which had been purchased around 1877 by Charles Matthews because â€œit corresponded to what LeGrand Lockwood had orderedâ€.

Another home furnishings comeback took place in December 2017, when friends and supporters of the Lockwood-Mathews Mansion Museum acquired a side chair for the museum that was part of the original Lockwood commission of 1869. The chair then belonged to Charles Mathews and was then sold after the town of Norwalk acquired the house in 1941.

The Lockwood-Mathews Mansion Museum is a National Historic Landmark located at 295 West Avenue. For more information, visit www.lockwoodmathewsmansion.com or call 203-838-9799. 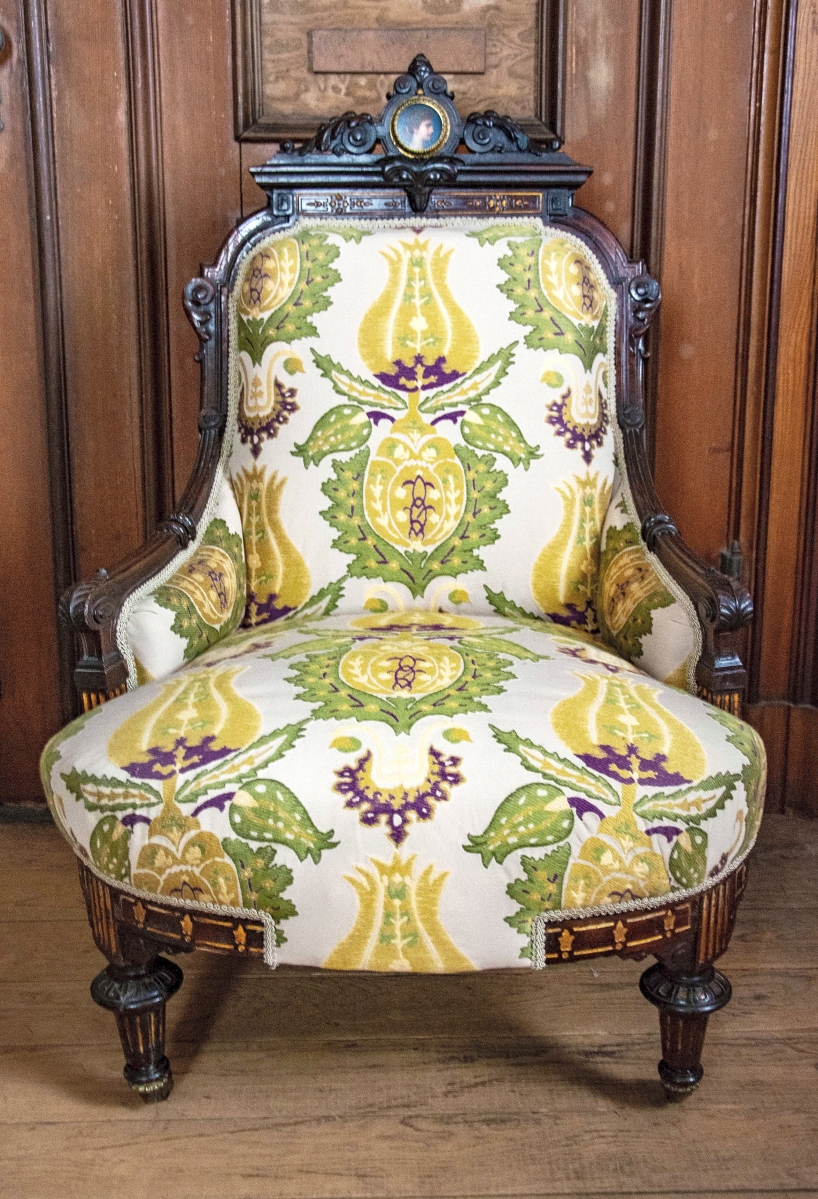 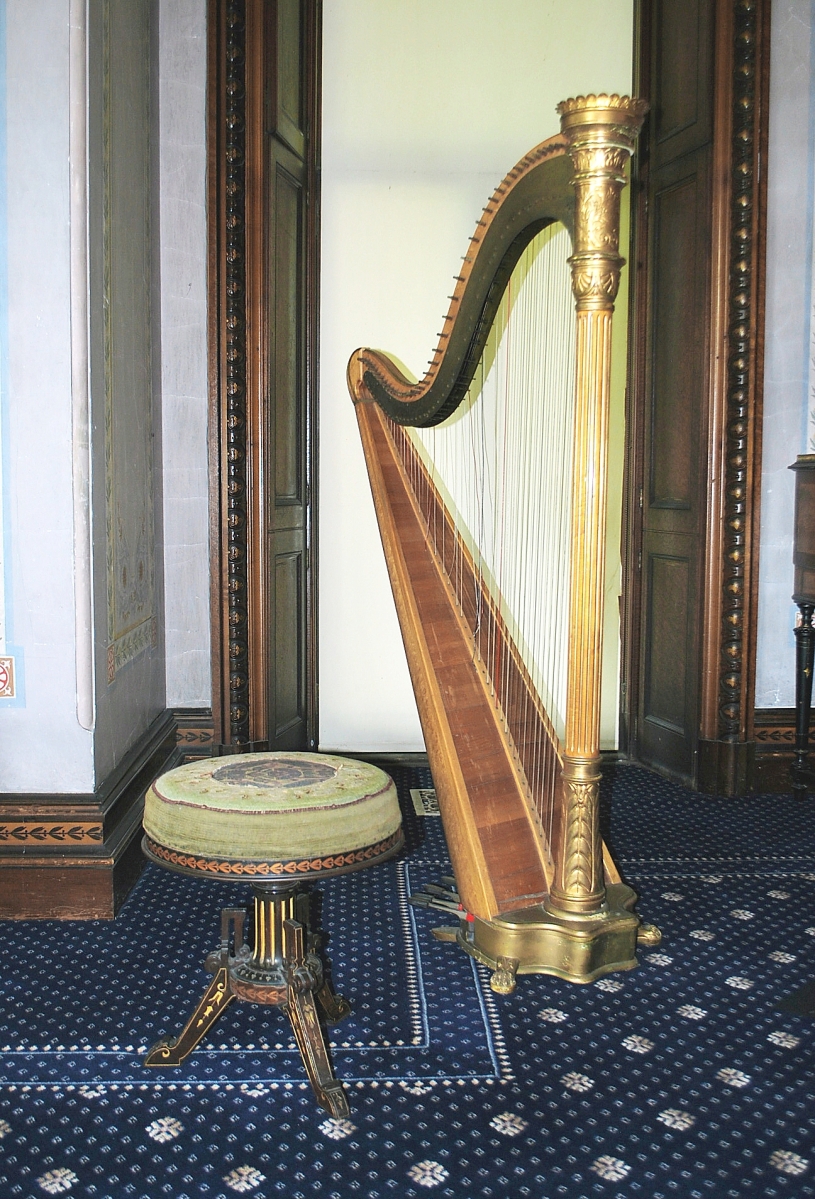 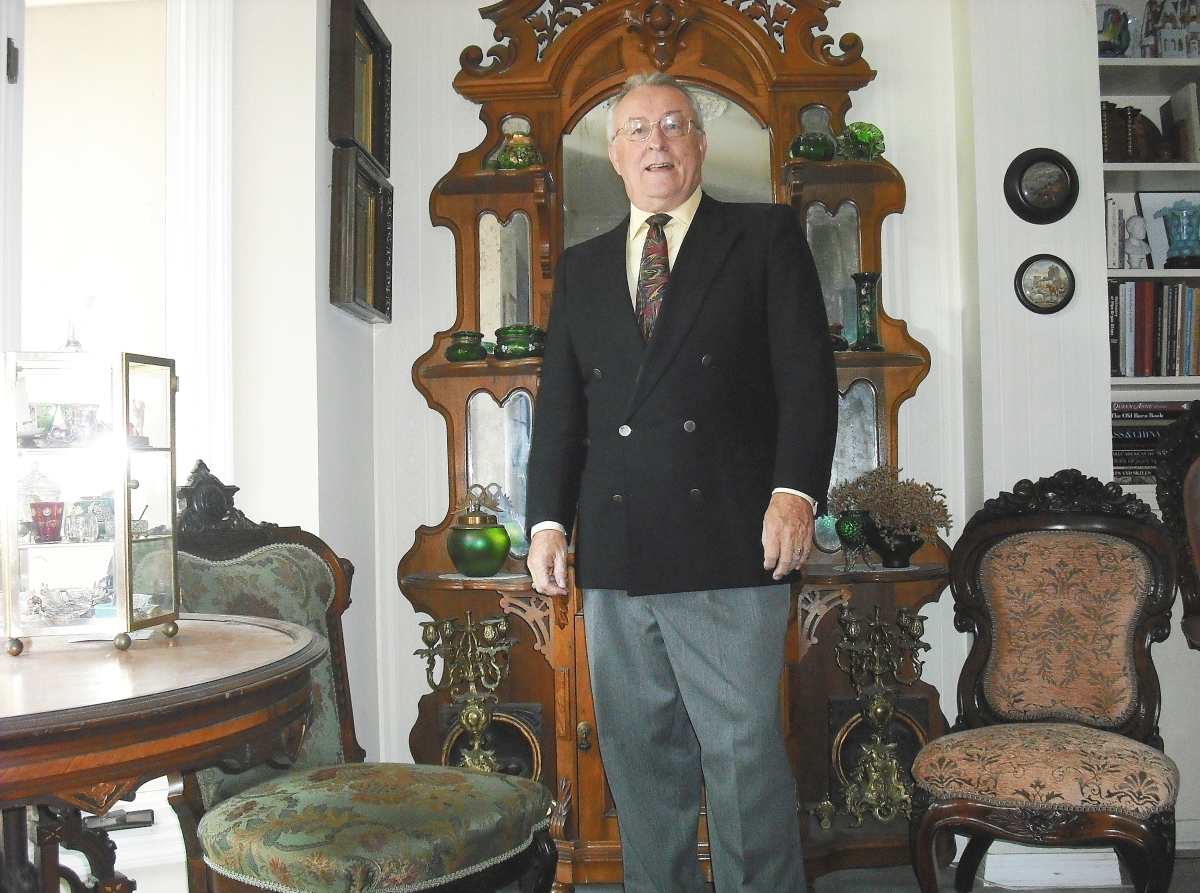 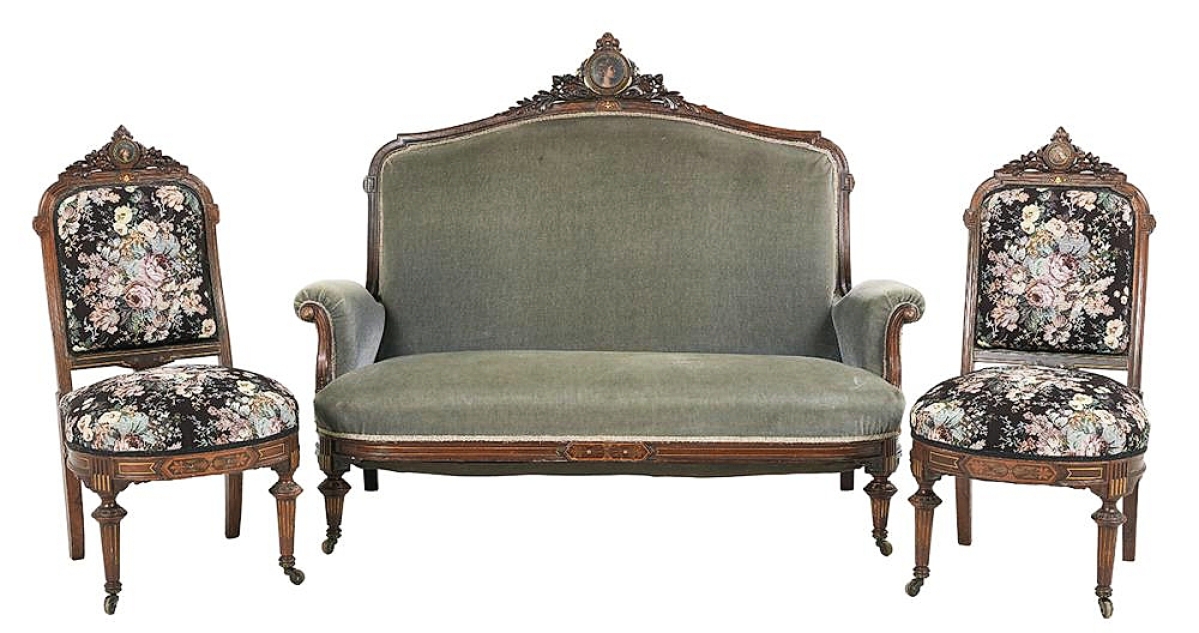 Gilded incised rosewood sofa and pair of chairs which were sold to the New Orleans Auction Gallery in September 2020 and which were purchased for the Lockwood-Mathews Mansion Museum with the support of the trustees of LMMM and a donor / friend of the museum of Louisiana. The three pieces are currently in the Oratory of the museum. Photo from the New Orleans Auction Gallery. 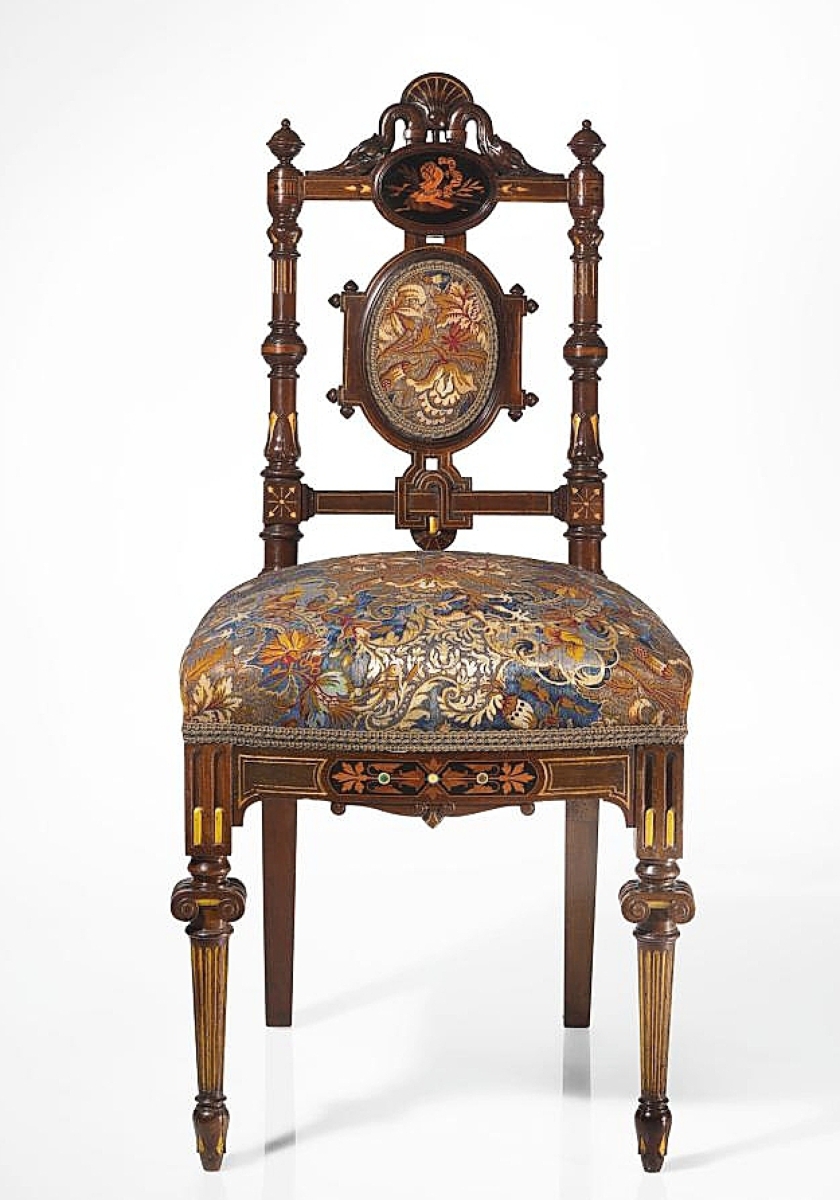 This accent chair was made by Herter Brothers for the living room at LeGrand Lockwood’s Norwalk Mansion. It was sold at Sotheby’s New York on December 13, 2017, when it was acquired for the museum by supporters and friends of the museum. The Sotheby’s photo.